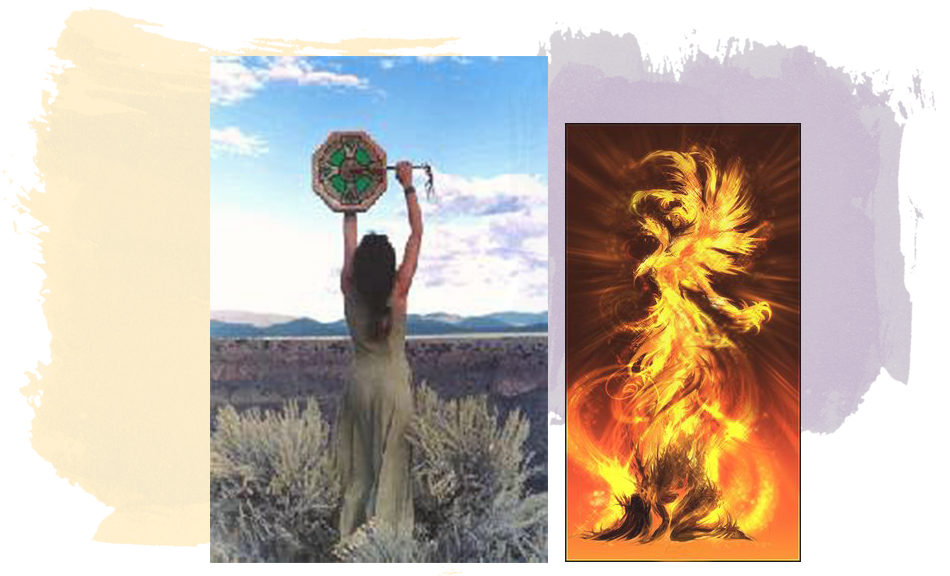 For all the losses that we may lament with the aging journey – my experience of the feminine is that the voice is often the exception.  It returns. The voice of our authentic self – returns.  Let’s reclaim her by speaking our truth, wisdom and owning our power. Let’s own our wise woman!

To reclaim the voice means understanding where we might have lost or hidden it away because it did not feel safe to speak and express.  If we revisit adolescence or even before, it is often there that we discover we began to lose our voice and our felt sense of who we are.  Being able to safely express is deeply tied into whether we felt seen and heard as a child – whether it was safe to feel our emotions and have modeled for us good ways to express them.

I remember not feeling seen as a child, hiding my voice in reaction to the dominance of other family members. Then in my early teens my life felt like it was spinning out of control. The chaos with my home made me pull in, and stifled my ability to healthily explore my sexuality. The only thing I felt like I could control was myself and I became seriously anorexic. There is no love in a skeleton. But in that hiding I did not have to worry about my sexuality – I shrank both myself and my voice.

It was not till years later that I realized I had hidden it.

The re-emergence of my voice and a burgeoning sense of  inner strength and power began to unfold as I claimed the journey of motherhood. I was in my early thirties. Only then did I begin to realize what I had not been living with.  I was able to find that voice to care, protect and guide my children.  But it was not until the onset of menopause, that I began to find the same voice of courage and fearlessness to care, nurture and guide myself. In my mid-life journey, I finally claimed an unstoppable fearlessness for the deep inner dive of self inquiry that menopause seems to inherently call us into. In that inquiry I began to claim and speak the voice of my inner truth that I had begun to discover through those years of deep investigation.

Danielle LaPorte states, “The heat from a woman brings out goodness, brings out truth.”.  With the fires of menopause an inner light burns fiercely, awakening and shining into our hidden places. It’s as though our voice gets plugged back in when the inner fires burn.  The light is turned back on, and the voice of a women’s truth, wisdom and power is there to be revealed. Take the time to stop and listen. Inquire into what keeps your voice from being felt, heard and shared. Tune in to your inner knowing and see what wants to emerge. Do morning pages, collage, find nature, dance or draw. Whatever calls you, let your light shine and feel into what you have to say, now.

Your wisdom is needed!